E. Alexandrakis: Health expenditure shall be viewed as an investment and not as a cost 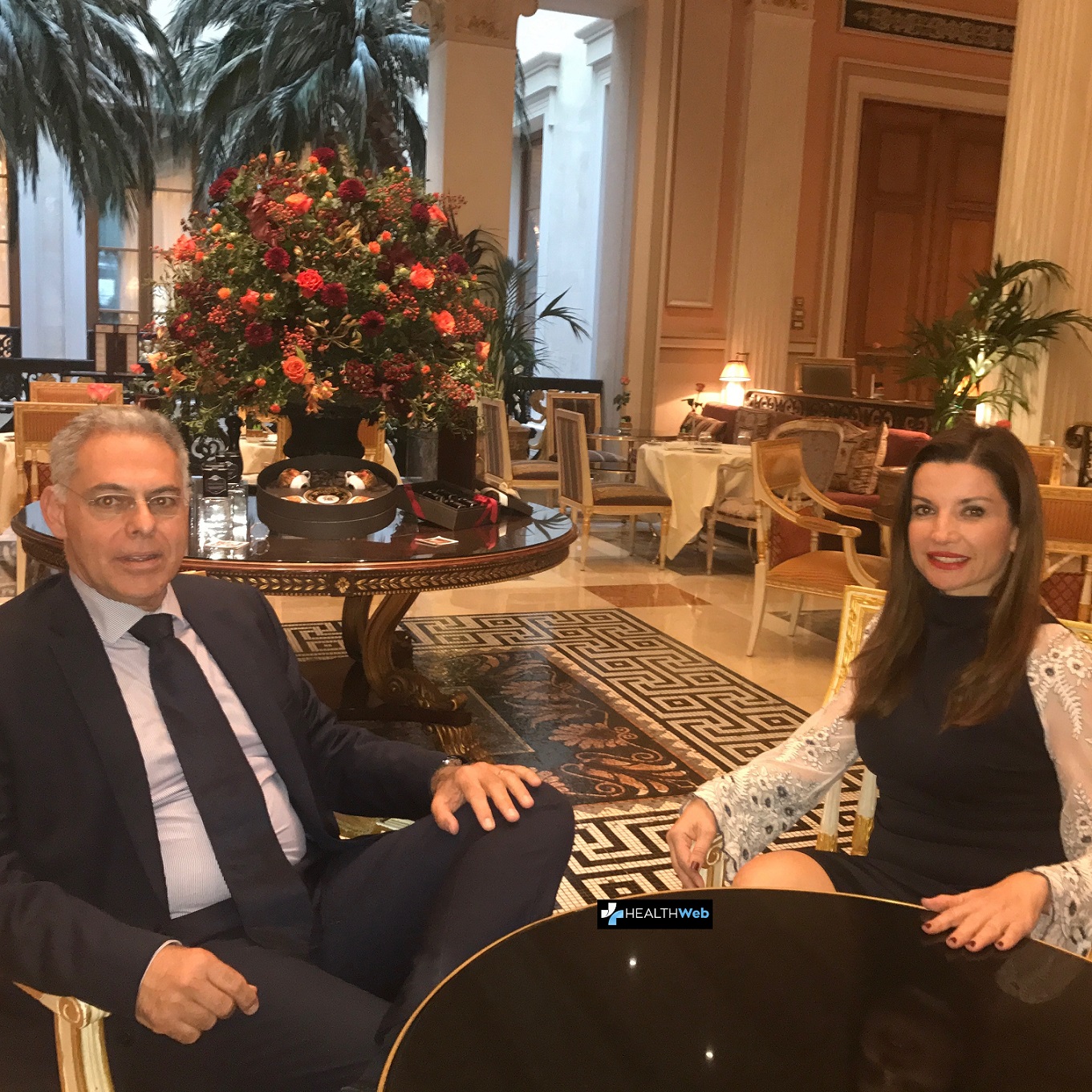 An interview to Nikoleta Dambou

Other than the cost of a drug, should we consider other parameters that relate to the value that a therapy brings to society? For responses to this question we talked to Dr. Emmanuel Alexandrakis who is sharing his thoughts via an interview he gave at www.healthweb.gr, to Ms. Nikoleta Dambou, editor-in-chief, HEALTHWeb.

Professor, recently at the 2nd Panhellenic Conference on Technology, Economy and Management (PASYTOD 2018) that was organized by the University of Piraeus and the University of Peloponnese, in your presentation you talked about the discrepancy between available resources and the increasing health needs worldwide. How can this problem be addressed?

Ms. Dambou, this mismatch is undoubtedly a common issue across countries and the issue is how to adopt an objective way of assessing and therefore making the best use of health expenditure. Governments cannot satisfy the needs on their own, and consensus with the other stakeholders must be reached on how to fund expenditure.

Are clawbacks and rebates a fair and sustainable solution?
Absolutely not. Health expenditure should be shared in a fairer, and most importantly, transparent way. Clawbacks and rebates to private providers of medicines, health services and medical devices do not constitute by any means a fair or viable solution to the problem. And for sure such measures are not consistent with the principles of transparency or an effective market.

So, what can be a solution?

All stakeholders should agree on a framework that could clearly demonstrate who pays what and what is the actual impact of each intervention, and therefore of each expenditure. A solution will be found only if all stakeholders reach an agreement on what constitutes the value of a health intervention, and only when all agree on the way to measure that impact.
Can you please elaborate on this? How can this, more precisely, work?
That means that we must find a way to have a real and quantified assessment for each intervention. My proposal is to analyze and measure the impacts. And this should be done, moving a step further from the limited approach that only measures the additional benefit to the patient, to a more comprehensive assessment that measures the overall impact of an intervention on society and of course on the economy. Let’s not forget that individuals are integral parts of societies, and any consideration that ignores this fact certainly has serious flaws. Dr. Emmanuel Alexandrakis who is sharing his thoughts via an interview he gave at www.healthweb.gr, to Ms. Nikoleta Dambou, editor-in-chief, HEALTHWeb.[/caption]

How are medicines and health interventions being evaluated today and what exactly should be changed?

Today, in most countries, the basic tool that is used for decision-making is the cost-effectiveness approach. Although the information this tool provides is generally considered useful and reliable in relation to the impact on patients’ health, it is very limited and does not offer any information on the impact that a health intervention has on the economy and society. People do not live in silos but, in effect, the economy’s and the society’s welfare affect their well-being. Therefore, Social Impact should be analyzed in greater depth, especially when faced with limited resources that could lead part of the population with unmet medical needs. The aim should therefore be for health resources to be invested in the best possible ways, and in such a way that social benefits are optimized.

You talked about analyzing social impacts, what exactly do you mean by this?

To position the Health Economy as a central policy. This is the new approach I am suggesting. Health expenditure should be viewed as an investment rather than as a cost factor. In this context, we should analyze and quantify the actual impact of each intervention in relation to the part of the burden of each disease that it would reduce. And to also, measure the growth potential that is created by a healthier population.

So, this means that we should be looking into the contribution of the health expenditures to growth?

Exactly. We should not treat health expenditures as a cost but as an investment that contributes to growth and hence better health. This is the basis for the innovative impact analysis framework that we have developed at the Independent German Research Institute WifOR, which we call Social Impact Analysis.

What exactly do you do?

We measure the direct, indirect but also induced effects of an intervention in the health sector, by projecting the overall benefits, including those generated by the increased productivity of a healthier population, on the macroeconomy of a country or a region. In other words, we place the total benefit in the national accounts of a country so that we can measure impacts. The impact results are presented in terms of Gross Value Added (GVA) of an intervention on GDP, as well as on employment. In other words, we translate the effects of activities into macroeconomic variables. In this way, we can compare interventions, have a quantified footprint, but also enhance transparency in policy decision-making.

The actual question is then if we really want transparency and an objective way to decide which health interventions to choose?

This is correct. If we indeed want to have an objective and transparent system, we should then adopt an expanded approach, that goes beyond the unilateral assessment of the benefit that an innovation brings to the patient alone, to one that views the individual as part of an economy and not alone in a silo. Therefore, we must also account for the spillover effects of a healthier individual in terms of the overall societal well-being.

What is happening in other countries? Are these concerns just another Greek phenomenon that express the needs of clientelism?

Having in mind the realities of our political system in Greece, one could easily respond affirmatively to this question. Our experience however from other countries shows that the problem of limited value parameters for medicine, or even for any health intervention, is much wider in its nature.

What are the lessons learnt from the experience of the German AMNOG- the 2011 legislation in Germany for the introduction of new drugs?

Having in mind our experience with the processes of the German AMNOG, the astonishing conclusion is that the assessments of a benefit that a new treatment brings to patients by the various stakeholders differ dramatically. Specifically, a process by which the early benefits of a drug are evaluated (Early Benefit Assessment - EBA) has been in place since 2011. According to a study, where 27 EBA dossiers were analyzed, the results showed a wide dispersion in the assessments submitted by the stakeholders. In fact, the lack of consensus among the stakeholders was not only observed at the level of all the patient population, but most interestingly, there were also great disparities among the way benefits were viewed even at the patient group level.

So, what’s the conclusion?

Evidently, there is lack of consensus and this means that the assessment criteria are by no means sufficient to lead to an agreement as to the benefit and as to how this could be translated. WifOR ‘s Social Impact Analysis for medicines also starts from the same basis as the classic approach, in other words, clinical outcomes. However, these are translated into productivity impacts for both paid and non-paid work (we thus also include the value that non-paid work adds, though not counted for, in the context of the official GDP measurements). We are actually comparing the benefit of an innovation or a health intervention with the required investments that should be made to reach the desired outcome. And this approach is being considered and is gradually being adopted by many multinational pharmaceutical companies, but also by the WHO and the OECD, and many central and regional governments that understand the importance of the socio-economic footprint of medical interventions.

In a nutshell, what you are arguing Dr. Alexandrakis, is that there is a need for expanding the factors that relate to the value of health interventions?

Clearly there is such a need that we should address in Greece. It is worth noting that a Task Force was set up within ISPOR to examine the factors that create value in health. 12 parameters were discussed, out of which 4 were the ones currently used and another 8 were not being considered, although they have a significant impact on value.

What was the outcome?

The conclusion was that there are other parameters that could be reliably quantified, and that the current view that assesses the benefit to the patient individually, ignoring the technology costs and the changes it brings, is very limited. What I would like to stress though is that a possible expansion of the value criteria could definitely contribute to a greater consensus among stakeholders, but also to a more credible health technology assessment, the so-called HTA.

Are there many more of such concerns that should be addressed?

Many questions will have to be answered but the fundamental issue is whether or not governments really want to reach an agreement with those involved in the healthcare process in favor of citizens or simply they are transferring economic burdens, in the name of clientelism, where there is less resistance. I believe that intentions of all sides will eventually be revealed, given the fiscal constraints and the fact that people increasingly are demanding to know how their money is used. After all, this is the type of transparency that is the essence of democracy!

*Dr. Emmanuel Alexandrakis is Adjunct Professor in Health Sector Strategy at the MBA International of the Athens University of Economics and Business & Head of Market Strategy and New Markets Development of WifOR - a German independent Research Institute that specializes in impact analysis, with a focus on the health sector.

*INTERVIEW OF DR. EMMANUEL ALEXANDRAKIS in healthweb.gr at November 19, 2018.